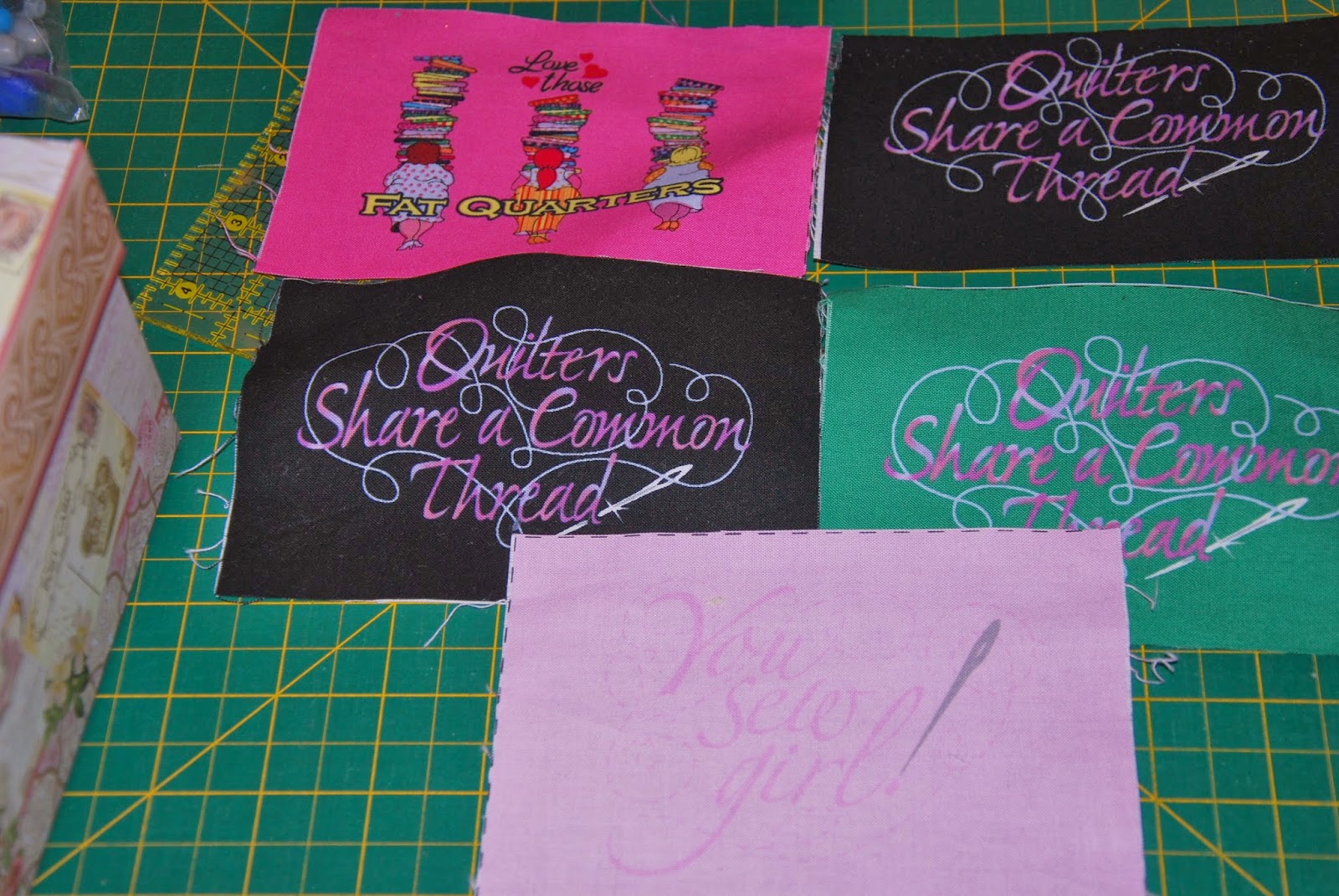 Today's set of postcards started with a purchased panel.  Actually it was a width of fabric strip that I purchased for about $3.00. It was badly printed, skewed and printed right into the selvedge.  It was also much smaller than a standard postcard size.  |A bit of improvising would be needed.

There were also pieces for the back, but again, they were too small, so I set them aside for a future project. 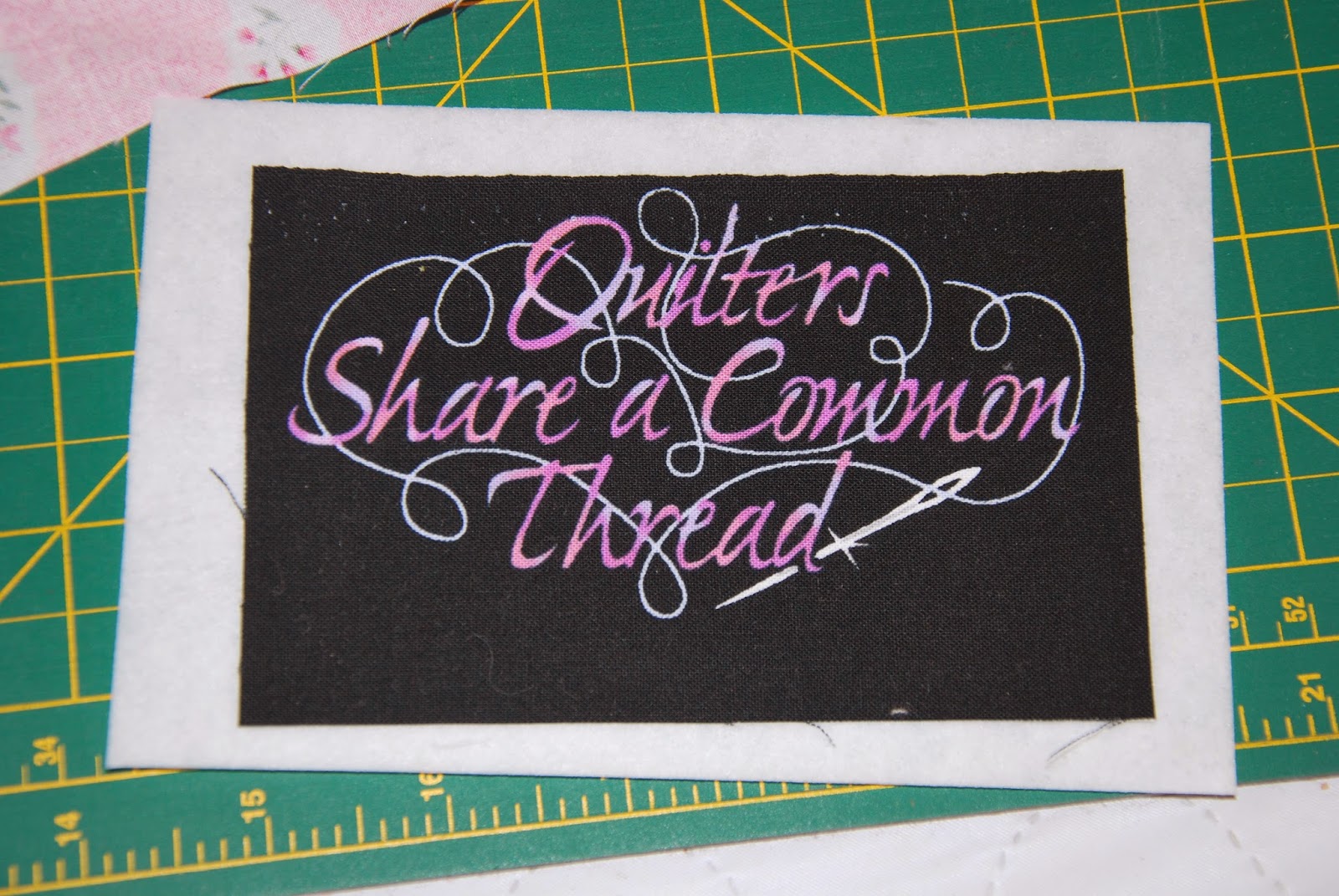 One of the pieces shown on top of a 4 x 6 inche piece of thick interfacing. 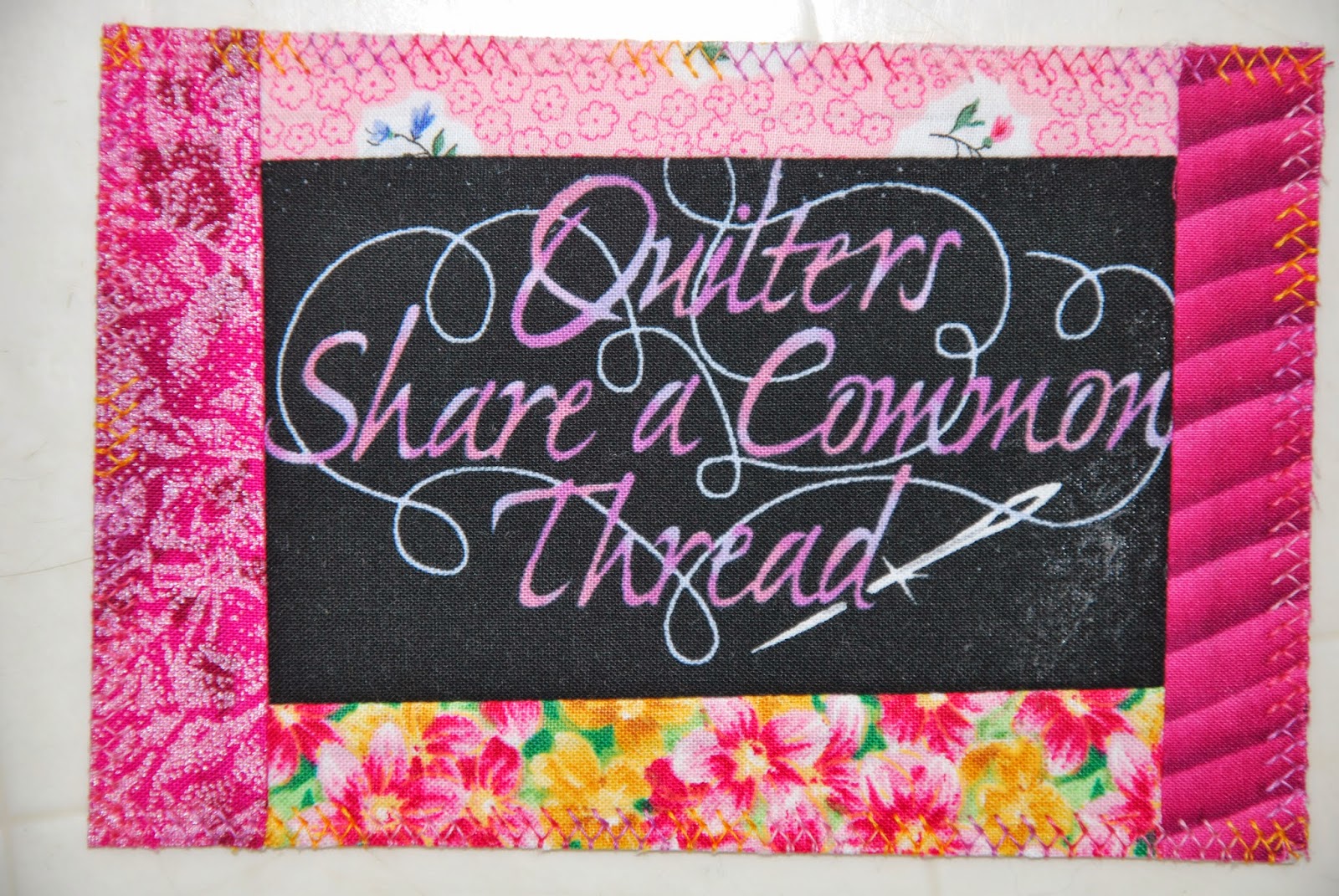 Simply set with a strip of fabric on each side.  I purposely set the panel off square so it would be obviously skewed. A little bit off square would make a viewer think I made a mistake, where as being off square by a larger margin looks as though it was done on purpose. 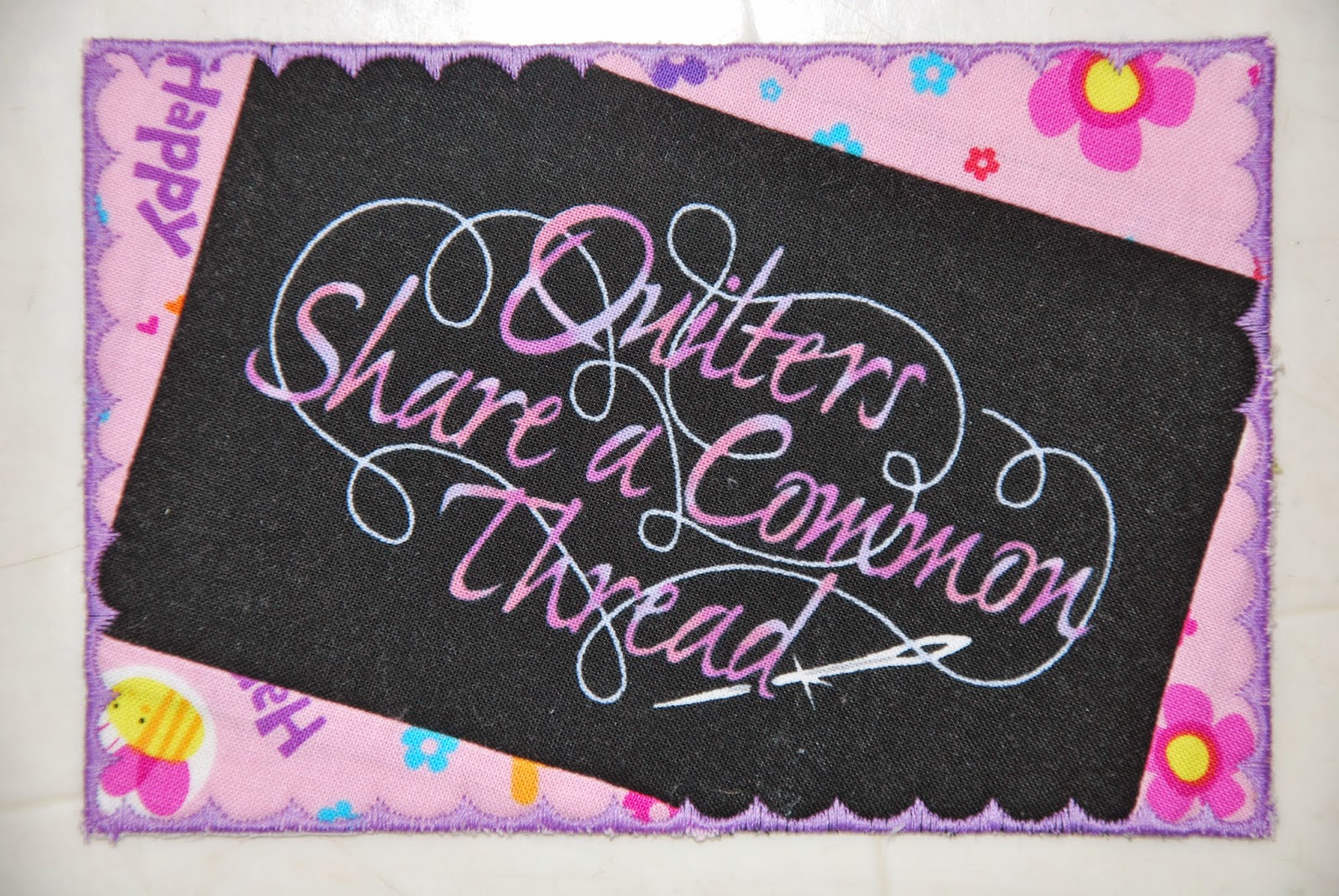 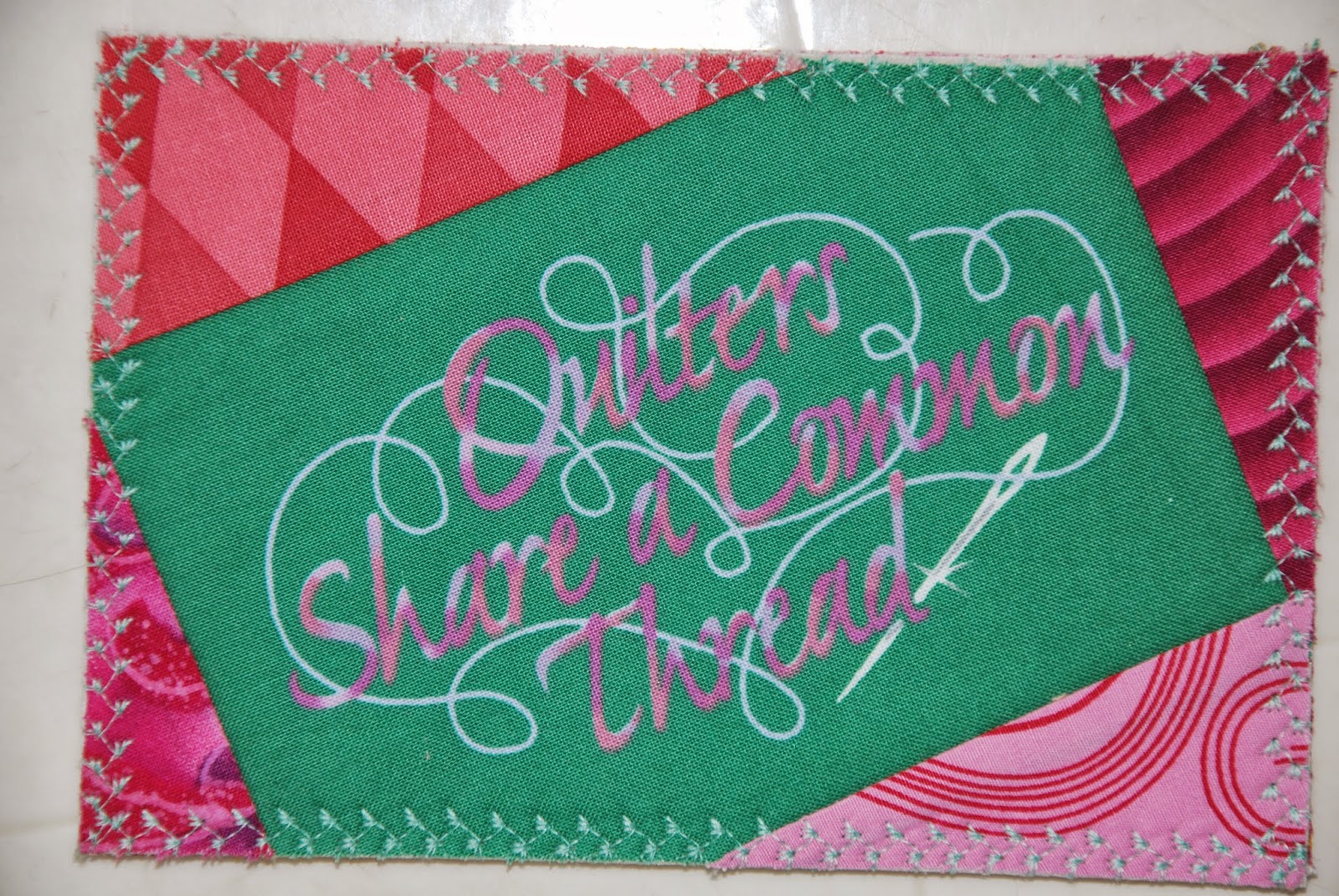 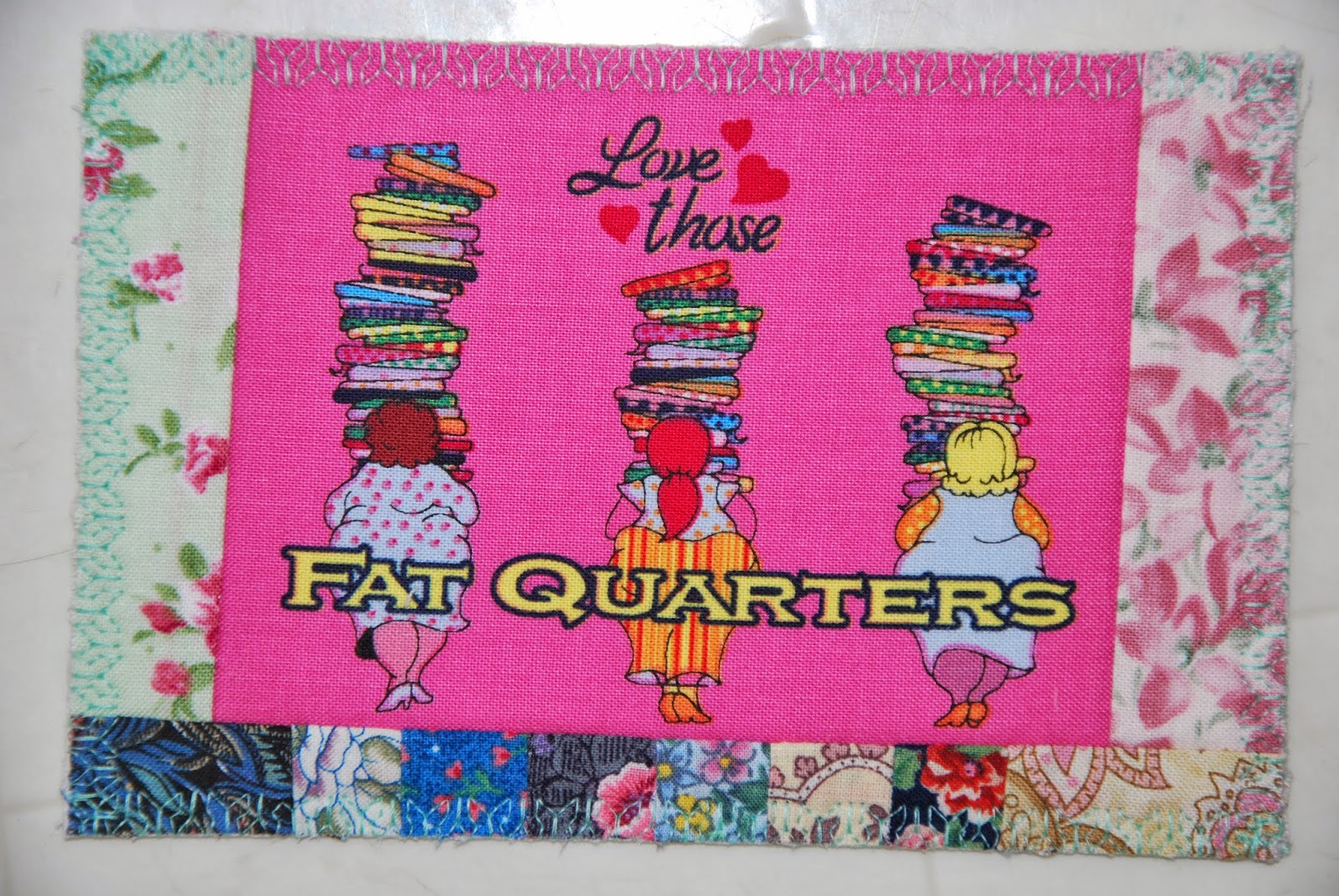 This time, I moved the panel to the top of the interfacing and added fabric to three sides.  The bottom strip was trimmed from and earlier postcard.﻿ 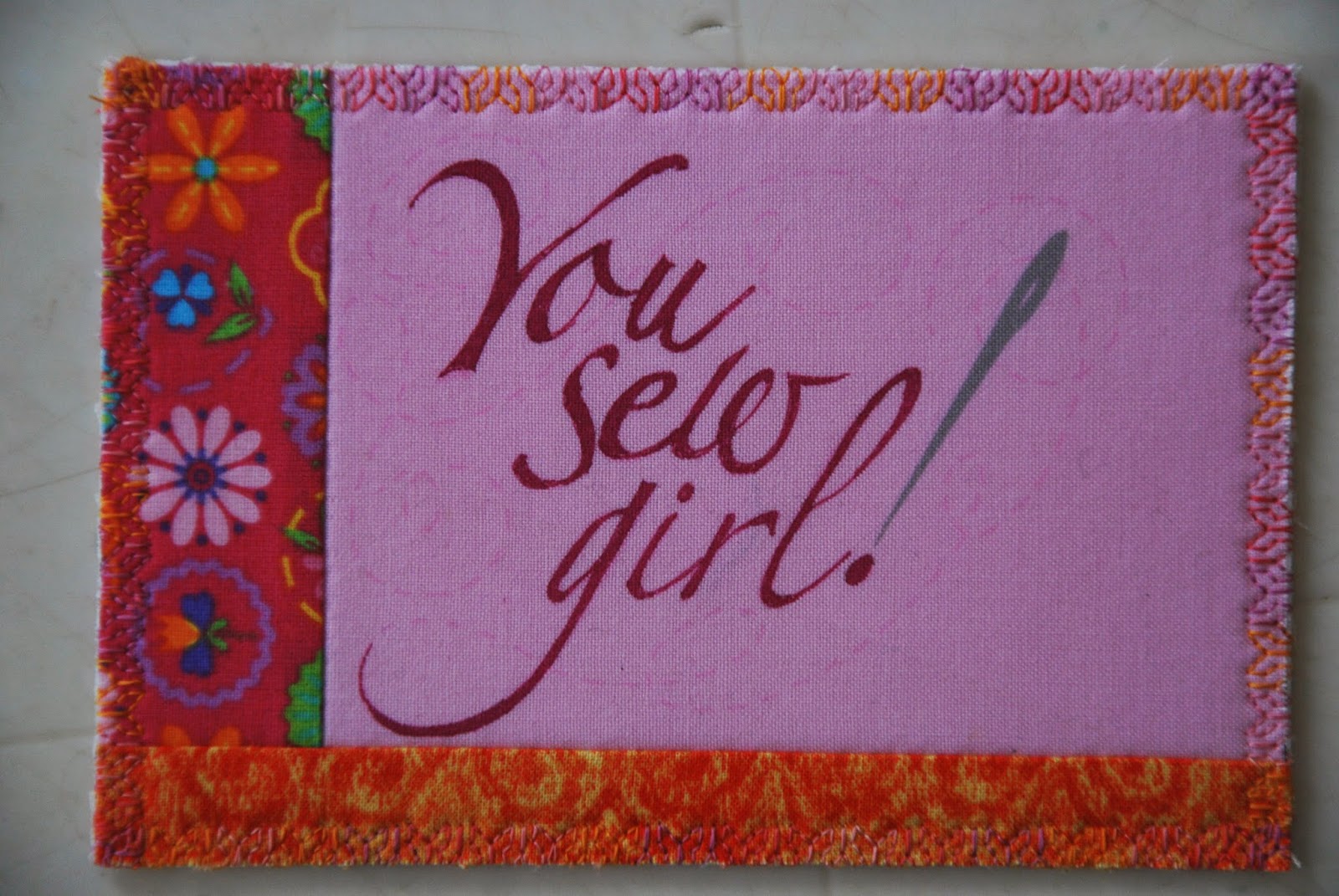 A little more play, moved this panel to the upper right corner requiring only strips on two sides.  Unfortunately when this one was designed, the paint for the working was a pale pink that hardly showed up.  I used a Pigma pen and coloured it a darker pink. Very effective.  Check the first photo in this post and you'll see the difference.
As part of  "A Month of Letters", I'll be sending one of these cards to a quilting friend.﻿