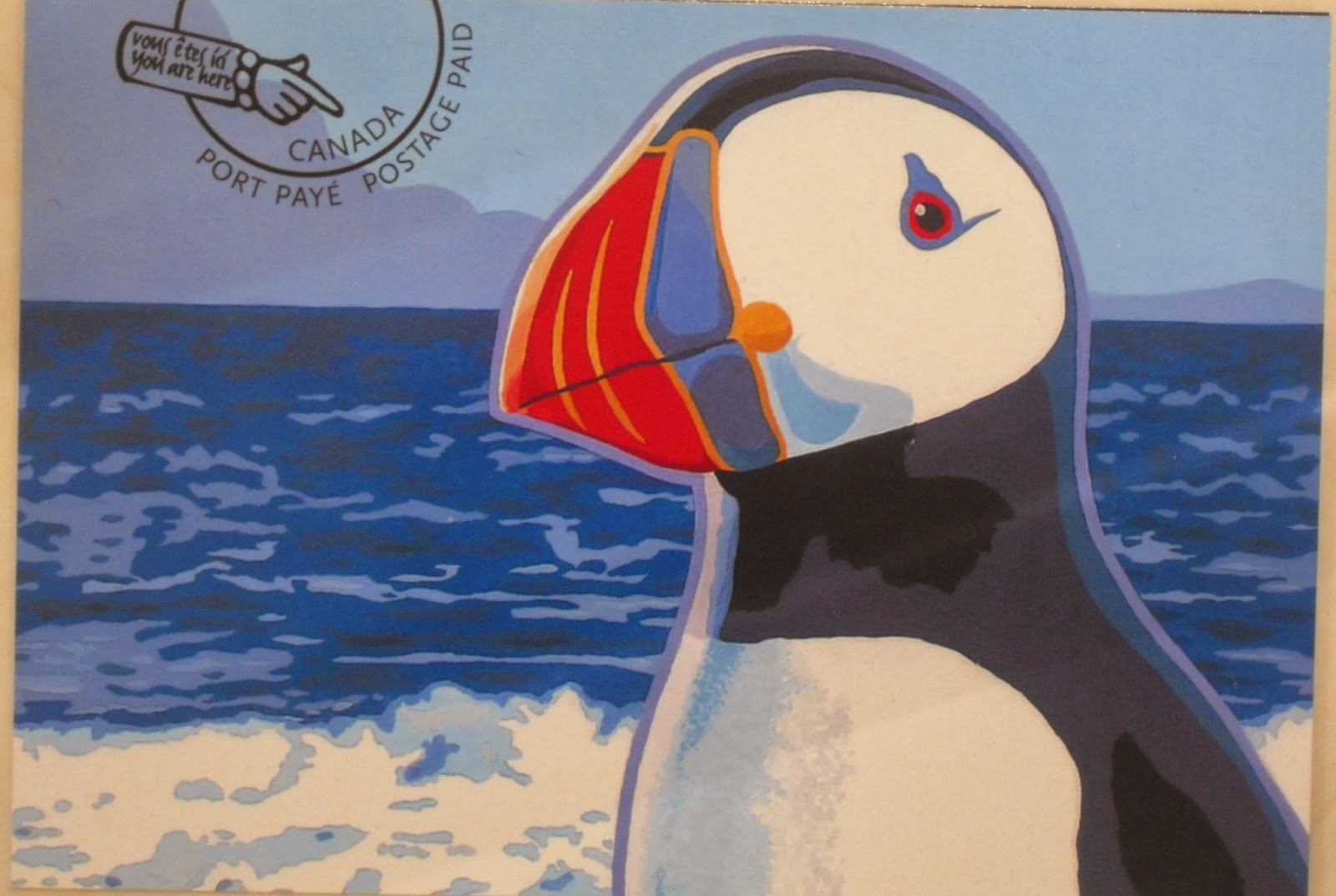 I had no idea that there is a statue of  a giant puffin on Longue-Pointe-de-Mingan in Quebec.   I did look for a photo of the statue, but the one that I found was very un-impressive, this drawn image is more fun.
Postcard is from Lowe-Martin.  Design by Fraser Ross, Semaphor, Illustration by Bonnie Ross.
I've sent this to a Postcrosser who is collecting cards with images of the sea for her mother's upcoming birthday.
Posted by Heather at 8:00 AM