It was about two weeks ago that I decided I wanted to send out some more postcards via Postcrossing.  One of the names I drew was for a man in the Netherlands who collects nautical theme cards.  I couldn't find anything of that sort, so I sent him and email asking if it would be agreeable to him if I made him a card.  Fortunately he said yes, and I set off on my quest to create a card specially with him in mind.  Actually, I decided that I would make one for my father at the same time.  For inspiration I turned to the book 1000 Great Quilt Blocks by Maggi McCormick Gordon. 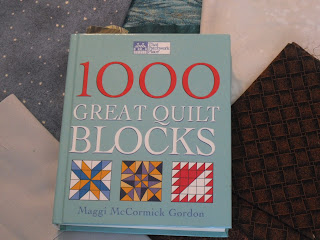 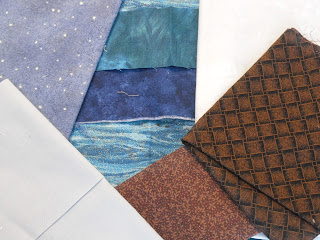 I gathered together a selection of fabrics and started playing. 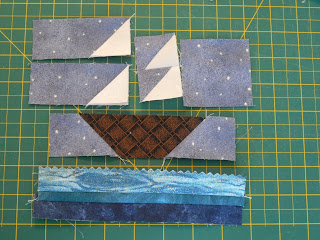 The pattern showed the block at 4 x 4 inches and I needed 4 x 6, so I added one inch to each side of the block.  Also, the pattern was cut of 1 1/2 inch squares which added a lot of seams.  I removed as many seams as possible. 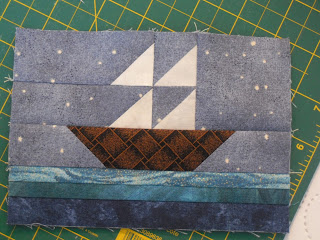 Finished block.  Next I layered it with a really stiff interfacing.  Next time I will remember to fuse it down.  Much easier to work with. I did a bit of quilting and some embellishing of stars and waves.  Final steps are to fuse on a backing fabric and then  stitch the outer edge. 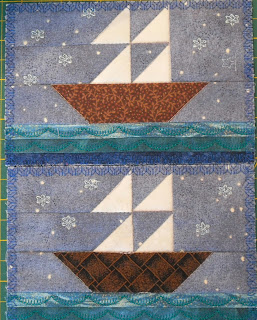 Add a message and stamps to the back and ready to go in the mail.
Posted by Heather at 12:59 PM