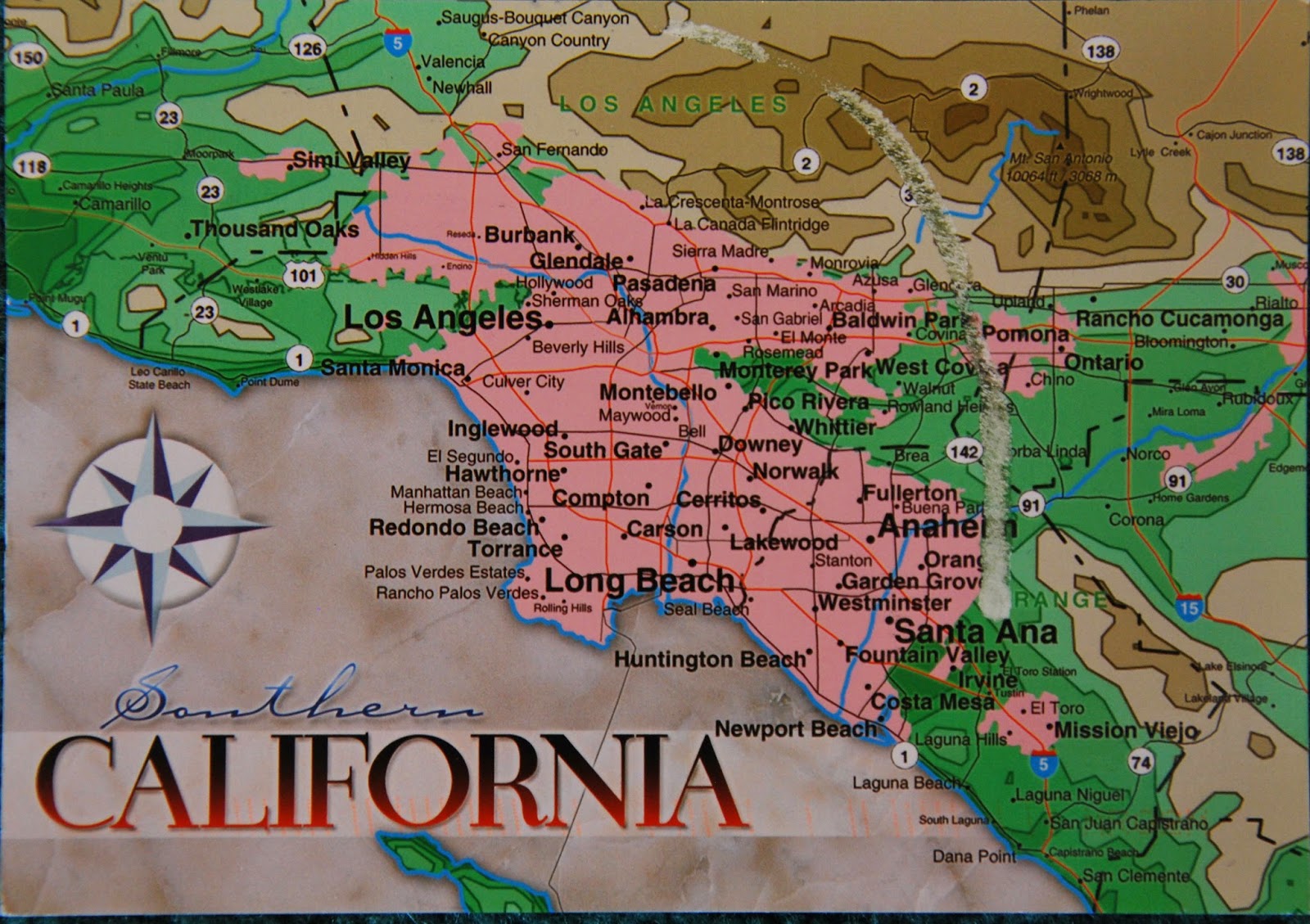 I've flown into Los Angeles airport several times, and never ceases to amaze me that the city is so huge.  You fly over it for ages before arriving at the airport.  It must be at least thirty minutes if approaching from the east.  This may seem exaggerated, but when you consider that the airport is right on the coast, that's a lot of city and outlying towns that you fly over.
Other than the big smudge on the card from the postal machinery, this is a terrific example of a map post card.